Olive Riley, of Woy Woy about 50 miles north of Sydney Australia, began blogging in February last year, sharing stories from her life during the two world wars, raising three children on her own, and working as a station cook in the outback.

Riley was said to be the world’s oldest blogger as she was 12 years older than the previous titleholder, Spain’s Maria Amelia. She was born in 1899 and would have turned 109 in October.

‘She enjoyed the notoriety – it kept her mind fresh,’ her great-grandson Darren Stone of Brisbane told local newspapers.

‘She had people communicating with her from as far away as Russia and America on a continual basis, not just once in a while.’

Riley had posted more than 70 entries on her blog – or ‘her blob’ as she jokingly called it – since February last year. She set up the site with the help of a friend who entered her posts for her.

In her posts Riley delved into her remarkable memory. In June she described washing days when she was a small girl, and recalls finding firewood to heat the large copper tub and having to turn the heavy mangle to squeeze the water out of the clothes.

‘That was my job – and it was real hard work for a small kid,’ she recalled.

Mrs Riley left her home of Broken Hill in the 1920s as a single mother with three children in tow. In 1932 she witnessed the opening of the Sydney Harbour Bridge.

In her last and 74th post on June 26 she spoke of moving into a nursing home and of her ill health, saying: ‘I still feel weak and can’t shake off that bad cough.’

But she added she sangÂ  ‘a happy song’ with a visitor to the home as she did every day and said she had ‘read a whole swag of email messages and comments from my internet friends today, and I was so pleased to hear from you. Thank you, one and all.’

She died in the nursing home last Saturday. However, her blog, The Life of Riley, is still online and keeps inspiring people from all over the world. 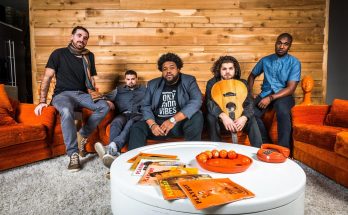