Sony has finally placed a launch date on its upcoming PlayStation Vita portable console, confirming that after a Japanese release in late December it will be heading to Europe and the US by February 22nd 2012.

This is great news for anyone who has been anticipating the follow-up to the PSP and has been less interested in Nintendo`s rival 3DS handheld. The PlayStation Vita is undeniably faster and more grown-up than the 3DS, offering serious gamers a chance to get their fix of action when they are on the move. 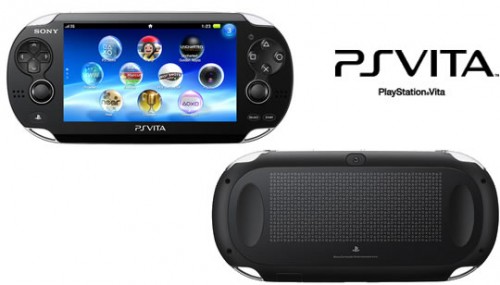 Sony has endowed the PS Vita with a brand new five inch OLED display which is touch sensitive to give you tactile interactive options when you are playing games, consuming media or browsing menus. A second touch panel is found on the back of the device, which allows you to make inputs without covering portions of the screen with your fingers. This is a unique controller setup that has not been attempted before and should expand the horizons for what game developers can achieve.

The PS Vita comes with not one but two analogue control sticks on the front, as well as the PlayStation buttons and a directional pad, just like you would expect to find on a controller for a home console. Nintendo recently announced that it would be launching an add-on for the 3DS that adds a second analogue stick, which suggests that Sony is right to include this feature from day one.

Two distinct editions of the PS Vita will be available; a basic Wi-Fi version and one which also has 3G connectivity onboard. It seems that the Wi-Fi option will be perhaps the most popular because internet rumours suggest that 3G downloads will be limited to 20GB a month. This is because the PS Vita will not have a subscription charge following its initial purchase. Wireless gaming will still be possible via Wi-Fi with no limit, but it does mean that the extra investment in the 3G edition might be wasted.

Social networking features will be a major draw for the PS Vita as sites such as Facebook and Twitter are going to be integrated in the core operating system. In addition you will be able to make calls using Skype and check in via Foursquare, which means that this has all the bases covered.

Both the CPU and graphics chip will have four physical processing cores, so the PS Vita is going to be the most powerful portable gaming system around when it is released. Sony has essentially equated its graphical capabilities to that of the PlayStation 3 and although this has to be taken with a pinch of salt there is no doubt that early indications suggest that it will be a screamer. The only thing it lacks is compatibility with Freeview DVD or other formats, since Sony has ditched the UMD storage found on the PSP. A digital download store and onboard memory will make up for this missing link.