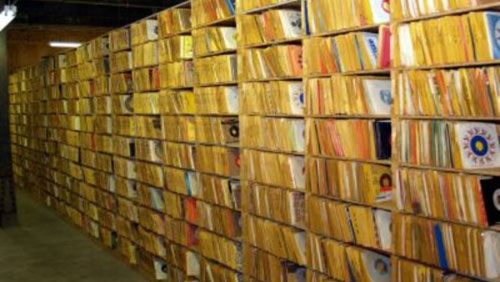 Paul Mawhinney bought his first record sixty years ago. It was a Frankie Lane song. He played it ’til the grooves were gone. As soon as he had a little extra money, he bought another record. Then another and another. He loved the music. 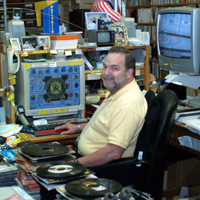 Through his high school years, and later during his careers in the military, as a salesman and as a department store manager, he kept buying music. When his collection grew to 160,000 records, his wife gave him an ultimatum: Either he or the records had to go.

Paul stayed; the records went. He rented a warehouse with some retail space, where he did more buying than selling.

Disappointed by radio stations that only played the latest hits, while ignoring anything older than songs of the previous week, Paul believed someone had to preserve the music…the history. Since he already had a good head start, he figured he was the one to do it. And do it, he did. Over the years, he’s bought every recording he could get his hands on, growing his collection to 3 million records.

Today he spends much of his time cataloging the music, with a million of his records now on his computer database.

Paul is also the publisher of Music Master, the definitive guide to buying and selling, used by record collectors the world over.

The reason for selling is according to Paul advancing age, declining health and associated financial concerns, which are forcing him to part with the result of his lifelong passion. It’s not a decision made lightly or without considerable soul searching he states.

But the fantastic music collection is not to be bought by anyone, you will have to meet with the following conditions.