Europe is set to get its own version of Las Vegas in a desert region of eastern Spain where developers plan to build 32 hotels, five theme parks and, in a Las Vegas touch, may even feature â€œwedding chapelsâ€ to encourage honeymoon tourism. Plans also include a stadium and a conference centre. This being Spain, a bullring is envisaged, too.

The project, approved last week by the regional government of Aragon, also calls for the construction of residential areas, an equestrian centre and a golf course on just over 2,000 hectares (5,000 acres) of land in the Los Monegros desert.

Tentatively called “Gran Escala,” which means large-scale, the development has a 17-billion-euro (25-billion-dollar) price tag that will be footed by International Leisure Development, a London-based consortium of investors.

Developers expect the complex will receive 25 million visitors per year when it is completed, below its maximum capacity of 35 million annual visitors.

The location — half-way between Madrid and Barcelona, Spain’s second city — was selected over two other possible sites in Europe because it has good transportation links, favourable tax laws and relatively low land prices.

Millions are being spent in the nearby city of Zaragoza to upgrade rail and air connections, and expand its small airport, in time for the 2008 World Fair which it will host.

Zaragoza is already connected to Madrid by a high-speed train that takes only 80 minutes to make the roughly 300-kilometre (185-mile) trip and by the time of the fair it will be linked by high-speed rail to Barcelona as well. 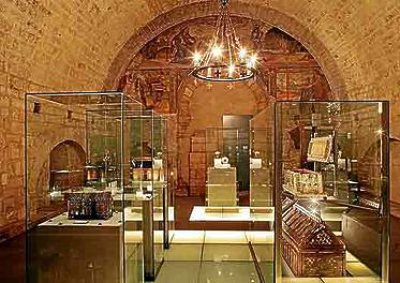 Is the Quest for the Holy Grail Over?

Milestone – half a million page views